How To: Affix Bungees to Petzl Nomics 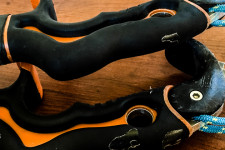 HOW TO: Affix Bungees to Petzl Nomics [Read More…]

Filed under: Climbing – How To Series
Tags: alpine climbing, how to, ice climbing, mixed climbing, mountaineering 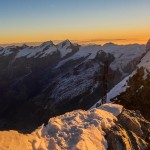 Climbing the North Face of the Matterhorn via the Schmid Route – Switzerland. [Read More…] 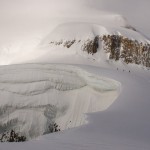 Climbing the Original (1938 or Heckmair) Route on the North Face of the Eiger – Bernese Alps, Switzerland. [Read More…]

A Good Day for the Ben

Think of the sketchiest, most temperamental weather and you might have a modicum of an idea what it’s like to climb ‘The Ben’ – Ben Nevis, Scotland