Disclosure: Our site includes affiliate links. I may receive commissions for purchases made through links in this post, but these are all products I highly recommend. I won’t put anything on this page that I haven’t verified and/or personally used. Thanks for your help supporting our extensive time in creating professional reviews.

I recall my first GPS smartwatch. It was a Suunto Ambit 2 that was gifted to me in return for successfully navigating my climbing partner and I off Ben Nevis in a whiteout hurricane with my iphone as a compass. I grew to love my Suunto and found myself upgrading to the Ambit 3 peak and then finally the Suunto 9 Baro. The Suunto watches were simple and efficient, they never left me with corrupt data files that plagued earlier edicts of the Garmin Fenix line.

After nearly a decade of devoted Suunto use, I switched to a Coros Vertix watch a month ago. My husband was shocked, as was I. I decided to make the switch after having a frustrating experience with the altimeter failing rather consistently on my Suunto 9 and its waning battery life. I had nothing to lose, because I kept the Suunto 9 just in case I didn’t like the Coros Vertix.

Is the Coros Vertix overhyped? No. I’m blown away.

The Coros Vertix arrived in overly decorative packaging. After unboxing and charging the watch, I fastened the wristband and immediately noticed how comfortable the silicone band was and the weightlessness of the face. It took me a week to get comfortable with the watch’s functions and programming. From friends who had transitioned from Garmin Fenix to Coros, I’ve heard the switch is rather seamless as the two watches sound quite comparable; however, this review comes from my decade of experience with Suunto.

Bottom Line – A solid performing GPS watch, with an unstoppable battery life, at a competitive price.

After a month of dedicated testing, I’ve only found ONE con with the Coros Vertix. I honestly tried to find more, because I didn’t want to be one to fall to the hype. But here I am, drinking the Coros kool-aid. This watch is amazing! 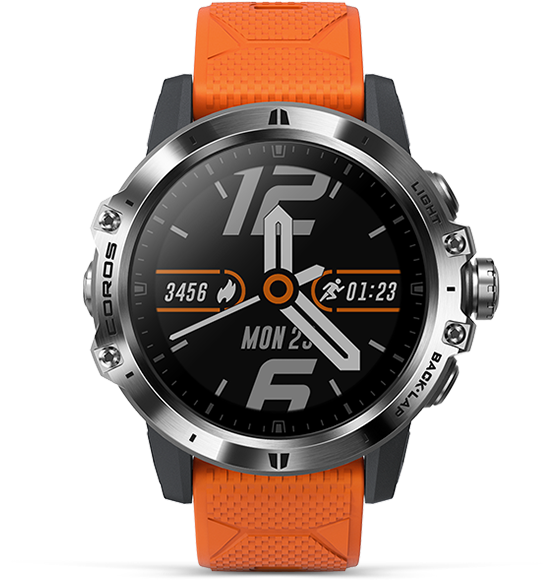 Chaco Sandals – Make It Your Own

How To: Wash Down Garments